Over ‘500,000K’ Views on Facebook Live for Optus Campaign

We have been getting a lot of interest in social media and companies alike enquiring about Facebook live and how they can live stream a production on the world’s largest social media platform. What is Facebook live you ask? Generally it’s the same as a media player on your Facebook page but it’s live.

What are the benefits of Live streaming on Facebook Live?

1 – Host the live production on your home page, bringing enormous amounts of social traffic to your page.
2 – Make it public in the live feed for followers and people interested to view the media player
3 – Followers and viewers can share the live feed on their page, which increases your exposure considerably
4 – Increases more traffic and like’s on your page
5 – Bring attention to your company’s website

But most of all be social and interact with the audience to spread brand awareness either verbally or visually.

An example of the exposure and views you can achieve would be a Live Facebook production we did for Optus in Sydney’s green square. The talent we filmed was two of Australia’s most popular social media larrikins Jackons O’Doherty and Shammi.

The two presenters were sitting on couch in green square interacting with each other for just under 30 minutes. They played pranks on each other and interviewed bystanders. Through out the stream the popular social media talents branded and promoted Optus on numerous occasions in the best possible way. The production was an impressive success reaching over ‘500,000’ views, 222 shares and the views continue to increase.

This production required our team to set up 3 HD cameras, a wide and tight plus an additional roaming camera to follow the host for interviewing by standers. We also used a production switcher to integrate the feed and send it out in multiple bit rate for viewers on any device. If you are interested in a similar production of for anything else, get in contact with the Live stream professionals, Go live Australia. 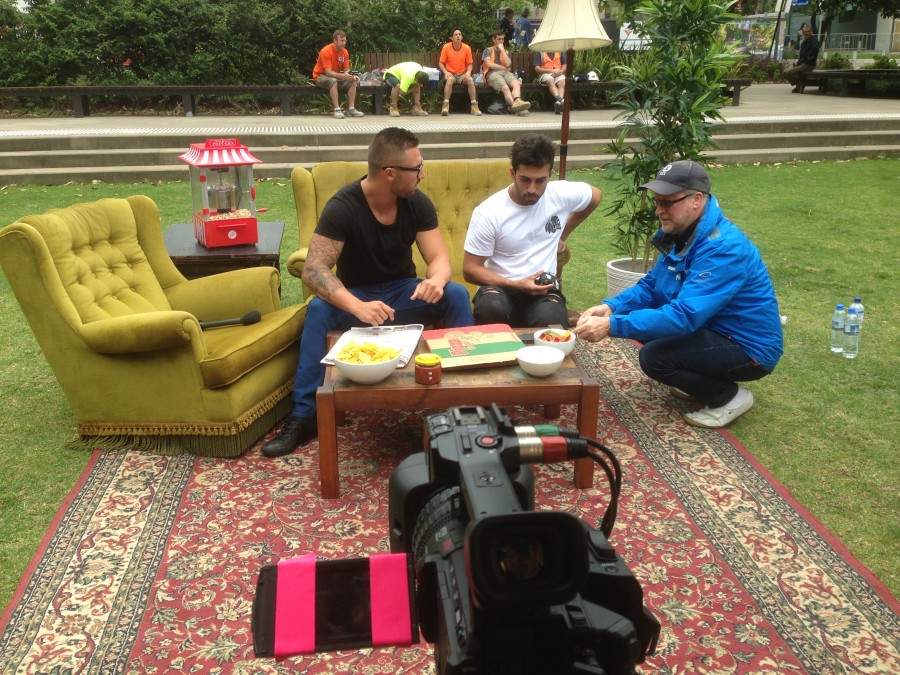