Go Live is a professional live streaming company that live streams in Sydney, Melbourne, Brisbane, Adelaide and Perth. Over the years, we have found in the live production industry, the balance with your live streaming equipment, from the wants to the must-haves, is vital, ensuring the best result for every live stream or production. Like with anything in life, more is not always better and adding more hardware to your workflow will more often than not upset the balance of the live stream. To understand what equipment Go Live often uses in their live stream productions, we will focus on an event at the Star, Gold Coast, on 21 January 2021, Happy Hour with Lucy & Nikki.

To host this very exciting live stream, Go Live worked alongside the team at Unomento to bring the ever-popular Happy Hour with Lucy & Nikki into the live stream world. What started as an event with a live physical audience that was only to be attended in person soon became an event with over 3000 people viewing the live streaming event from the comfort of their lounge rooms or location of their choice.

After organising the physical event at the Star, L&N realised there was a percentage of their fan base that would have liked to attend but were restricted or could not go due to limited ticket availability. To meet the demand of the fans, plus create a solution for people unable to attend. L&N decided to live stream the event, in addition to the live audience attending.

Go Live spoke to them after the event, and they said, “that choosing to turn the event into a hybrid event (physical and Live) was a great move”, as they were able to see just how many more fans and followers could be reached! The demand was there! The demand was so strong that they had to extend the ticket sale window, and viewers were still emailing Go Live technical support on the night of the event to buy tickets once the live stream had started.

To make this Live Streamed event a success, Go Live used two HD Cameras with an SDI output, both on tripods, with one of the two cameras operated by a professional videographer. Having both HD cameras on tripods allowed our experienced camera operator to control and change the camera angles throughout the live stream seamlessly. For this Live Stream, Go Live also used a Teradek Wireless Video receiver, which allowed the live stream producer to receive visually lossless, uncompressed 1080p60 signals from an Ace 500 transmitter with <1 ms latency and up to a 500′ line of sight receiving a signal. The live streaming producer then used a Blackmagic ATEM vision switcher, which connects to a wide range of cameras and sources, delivering a single program stream in SD and HD video. The Live Stream producer then used the vision switcher to mix the multiple video sources that were set up into the master output.

Another vital piece of equipment used in all of our live-streamed events, with this event being no exception, is the Birddog 4K 12G-SDI NDI Encoder/Decoder. This encoder will convert the input sequence into a single-dimensional vector (hidden vector). The decoder will then convert the vector into the output sequence. The Birddog encode also has a built-in cross converter that allows the SDI input to be looped out via the HDMI output. 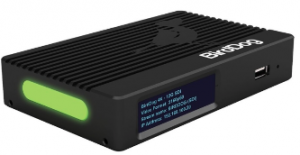 Finally, for all of our live-streamed events, we will never go onsite without a Tereadek Bond 757-cube. This bond allows us to Go Live from just about any location in Sydney, Melbourne, Brisbane, Adelaide and Perth, by bonding together multiple networks to strengthen the signal. Our live stream producer used wired portals to increase the signal’s quality for this live stream in addition to the bond. Using a bond within this live-streamed event workflow allowed our live stream producer to stream in quality High Definition (1080). 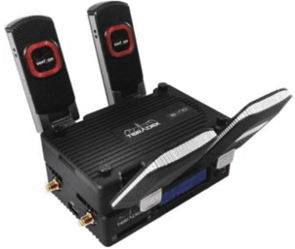