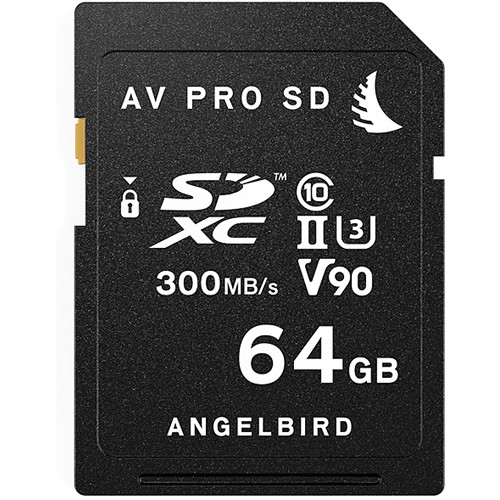 Designed for the Panasonic GH5 and GH5S cameras, the 64GB Match Pack from Angelbird bundles two 64GB AV Pro UHS-II SDXC memory cards together and takes advantage of the UHS-II bus to support sustained read speeds of 300 MB/s and sustained write speeds of 260 MB/s. This card has also been designed with the V90 Video Speed Class rating, which guarantees minimum write speeds of at least 90 MB/s. All of this allows for users to immerse themselves in 400 Mb/s, 4:2:2, 10-bit ALL-Intra recording for 4K, 3D, and Full HD video.

Angelbird has engineered these cards with protection against shock, dust, water, temperature extremes, x-rays, and magnets, while a built-in write protect switch helps to safeguard recorded content from being deleted. Included is a basICColor Mini Target. 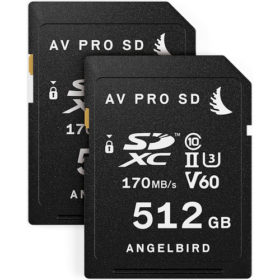 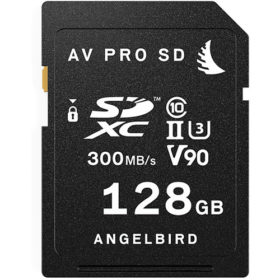 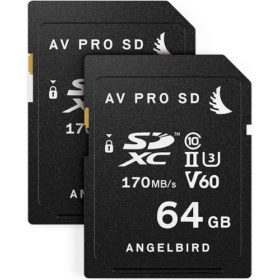 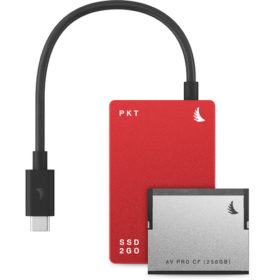