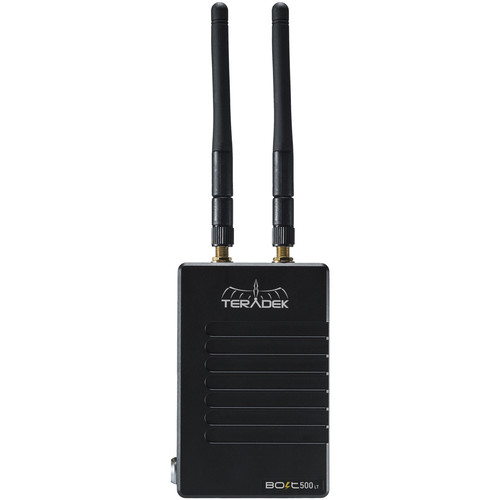 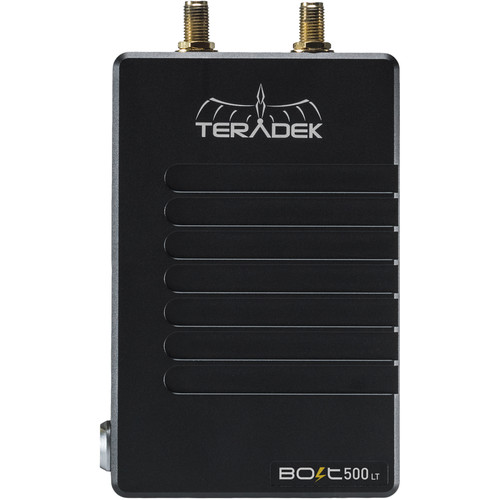 With the Teradek Bolt LT 500 3G-SDI Wireless Video Transmitter you can transmit visually lossless 3G video signals to a Bolt 500 receiver with zero latency. The Bolt LT transmitter is compatible with existing 3rd-generation Bolt systems, such as the Sidekick II and 703 Bolt universal receivers, as well as the Bolt 500 XT receiver. The transmitter unit itself can be secured to a camera or other HDMI video source via built-in 1/4″-20 and M3 threaded holes. The included antennas provide a powerful signal, that can travel up to 500′ line-of-sight.

A shoe mount adapter is included for attaching to cameras without 1/4″-20 threads. For convenience, a standard BNC cable is included, so you can plug in right out of the box. Power can be provided using the integrated 2-pin connector. A D-Tap power cable is included for attaching to a battery. The transmitter supports up to four receivers, and built-in AES-128 encryption protects your video from prying eyes, while noise rejection keeps your video clean even when working around 2.4 and 5.8 GHz signals. 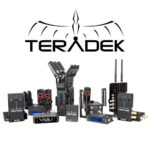 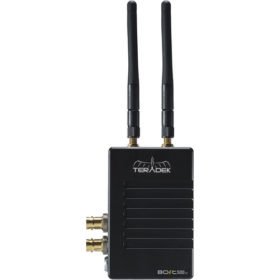 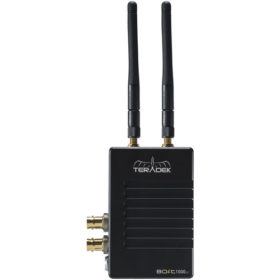 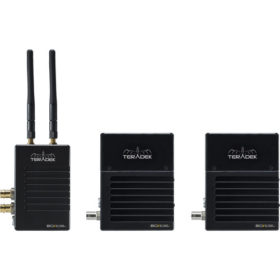 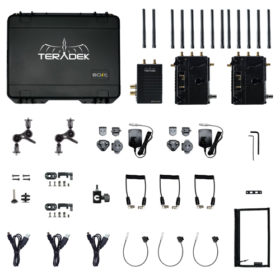